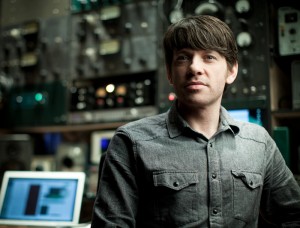 Electronaut is a Chicago-based company founded by musician, engineer and experimenter Rob Roy M. Campbell.  Operating out of a small lab in the West Town neighborhood in Chicago, Electronaut designs and manufactures high-quality professional audio equipment for recording studios and musicians around the world.

Incorporated in 2002, Electronaut initially served as a part-time vehicle for learning and experimentation, one-off custom builds, and designs for third-party companies. In 2010 Electronaut became a full-time endeavor, manufacturing its flagship product, the M63 microphone and instrument preamplifier, and committing all available resources to R&D and to the development of new designs.

In October 2013, Electronaut offered a sneak preview of the M97 Compressor/Limiter at the Audio Engineering Society show in New York City, then again at MusikMesse in Frankfurt, Germany in March 2014.  Production finally began in 2015, and now dozens of studios around the world love their M97 Compressor/Limiters.  We’ve earned some fantastic praise from happy owners, some of which can be read on our facebook page.

Please take a look around and as always, please don’t hesitate to send an email if you have any questions!

Articles about Electronaut in the Press

One Tree Forest Films, a Chicago-based video production company, created this short video as the first in a series exploring the relationship creative people have between their analog and digital lives.
I spoke candidly about the never-ending battle between analog and digital that has been prevalent in the pro-audio world for decades, and offered some thoughts about what I feel is perhaps the more important question.